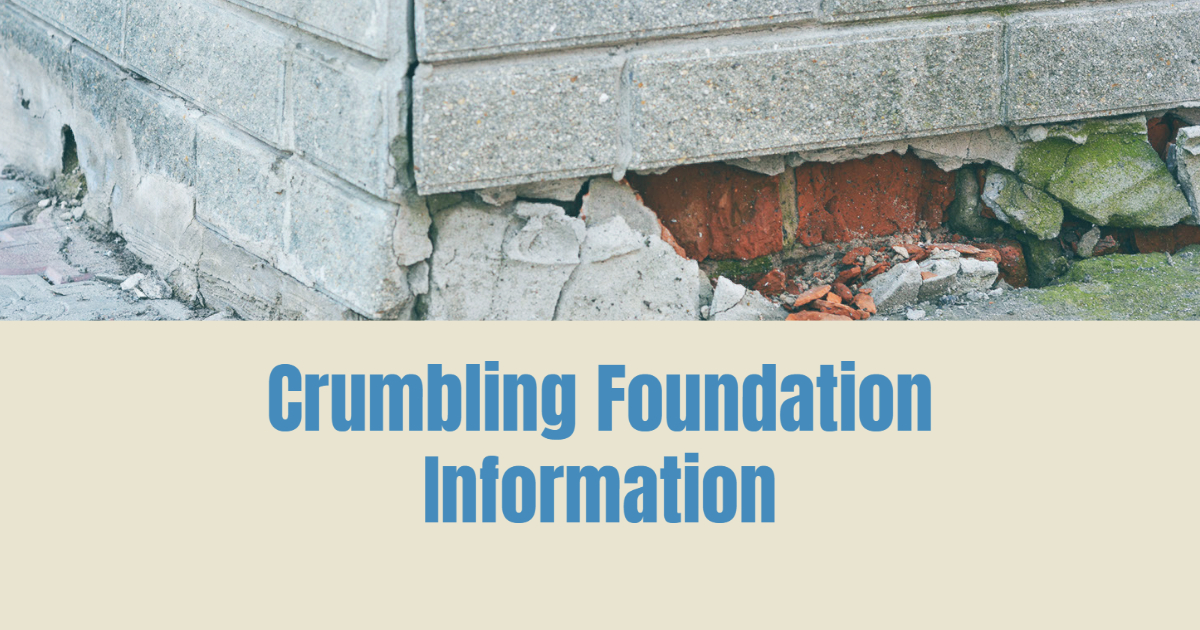 A quest to determine how vulnerable crumbling foundations are to deterioration is a step closer to being reached as the University of Connecticut has quickly developed a less expensive and less invasive testing program supported by federal dollars.

In August, the university was awarded $768,000 out of $1.5 million in federal funding for the National Institute of Standards and Technology, or NIST, to research how pyrrhotite deteriorates foundations and to establish a risk assessment to determine potential ways to minimize deterioration.

As compared to core testing that has been used in the past, UConn has developed a less intrusive, less expensive, more accurate, and quicker method that examines samples crushed into a powder that officials say provides a better representation of potential deterioration within a foundation.

Marisa Chrysochoou, a professor and department head of civil and environmental engineering at UConn, said the new method is extremely reliable in detecting the presence of pyrrhotite and can cost much less than the roughly $2,000 bill for traditional core testing.

ASSESSING RISK: The goal is to help establish a risk assessment scale to better understand at which point a foundation will deteriorate and how quickly.

FEDERAL SUPPORT: The testing program is supported by $768,000 in federal funding.

PROBLEM HAS SPREAD: A home in Darien has been determined to have a crumbling foundation, potentially meaning the issue is more widespread than previously thought.

The goal of the new testing strategy is to determine how vulnerable a foundation is to deterioration, potentially giving homeowners some confidence that their foundation is not in imminent danger and could be lived with for years, perhaps decades, if mitigation efforts are taken.

Over time, UConn will use test results to build a database that will monitor how pyrrhotite reactions change and determine at how much risk a foundation is of widespread deterioration, Kay Wille, associate professor of civil and environmental engineering, said.

Debra MacCoy, a relentless advocate for condominium owners with crumbling foundations, said the cheaper tests are a welcome development and testing the number of foundations affected at the Ryefield condominiums would cost about $64,000 through traditional methods.

The exact cost of each UConn test and how many will be done with the $768,000 allocation is difficult to determine and is dependent on how many samples are taken and analysis methods, Wille said.

Courtney noted that officials from NIST already have visited the state to begin laying out long-term goals and deploying resources to enable UConn to get its testing program started so quickly since being awarded funding in August.

“NIST is a partner in this,” Courtney said. “That’s some pretty heavy firepower in terms of support and in terms of the science.”

The collaboration with NIST has enabled UConn to move “at Mach speed” when deploying the federal dollars, and “we’re already seeing good results,” he said.

By establishing a risk assessment scale, Courtney said homeowners would have more certainty about the structural integrity of their foundations, which would help stabilize the housing market in the affected region.

Chrysochoou said she hopes a risk scale will be developed within two years, but added it could take longer.

Meanwhile, the crumbling foundation crisis could be more widespread than previously known, as a home in Darien has been found to be affected, Champagne said, citing data from the Connecticut Foundation Solutions Indemnity Co.

“We’re trying to figure out how it got there,” he said, noting that concrete containing pyrrhotite could’ve been mixed on site.

Champagne said the details are being investigated, but that the foundation “definitely has spider webbing and all the signs” of crumbling foundations that have plagued the northeastern part of the state.

VERNON, Conn. (WTNH) — Debbie MacCoy is leading the fight for condo owners in Connecticut when it comes to crumbling foundations. She’s the state’s lead condo advocate. And new funding from a state lawmaker and researchers from UConn are helping in her fight.

On Thursday, she was able to get a team from UConn to come to her complex — Ryefield Condominiums — and conduct testing for which they’ve received federal money with the help of Connecticut State Rep. Joe Courtney.

“What the University of Connecticut is doing with federal money from The National Institute of Science and Technology is beginning that much more intensive science-based process so that we can evaluate much better than we are today what the level of risk is in a given home,” said Rep. Courtney. “The scientists at UConn with their colleagues in Washington at the National Institute of Science and Technology have worked out a terrific plan to test with a system that’s much more cost-effective, much more accurate.”

UConn is testing to better detect pyrrhotite, one of the most common minerals that cause those large cracks in basement walls.

Some people call Vernon the “epicenter” of the crumbling foundation crisis in Connecticut. MacCoy says 369 homeowners in Vernon have applied for assistance to repair and save their homes.

The mayor of Vernon told News 8 how tough this has been on homeowners in his town.

“The fear that people have that their house is going to fall down on them,” said Mayor Dan Champagne.

MacCoy says one of the reasons she became personally-invested in trying to raise awareness among condo owners and fighting for them to be able to get aid to do testing for pyrrhotite was because the issue hit close-to-home for her, literally.

“We just learned last August that my daughter’s home is effected,” MacCoy said. “We learned on the day we brought home her twin baby girls from the NICU…… I dropped to my knees and started crying.”

MacCoy received good news from the UConn crews — no pyrrhotite detected in tests taken at her complex two weeks ago. She says without this aid money coming for testing, her condo complex and others wouldn’t be able to test at all.

“What Congressman Courtney’s funding has done is the first steps in wrapping our arms around deleterious materials such as pyrrhotite,” MacCoy said. “What UConn is doing is the first steps for our condo to get the answers we have been seeking but couldn’t afford to find them. This mutual symposium will benefit homeowners, realtors/housing market, and the towns as well as our state and perhaps the country. We are moving forward and that’s a good thing.”

The goal of the testing is to identify at-risk foundations with pyrrhotite, and to understand the true scope of the crumbling foundations crisis

Engineers, local and state officials gathered Thursday at the Ryefield Condominiums in Vernon for a live drilling and core sampling to test for crumbling concrete foundations.

The goal of the testing is to identify at-risk foundations with pyrrhotite, and to understand the true scope of the crumbling foundations crisis.

Researchers tested two condos and both came back negative.

“The main advantage of this testing is that it’s faster, it’s more reliable where able to get a larger sample size and we’re going to be able to do it at a much lower cost,” said James Mahoney, associate director of the Connecticut Transportation Institute.

Mahoney said that as a part of the research his team plans to test a hundred houses but a set price hasn’t made official for the actual testing. Engineers said that federal dollars will cover the hundred houses tested.

According to Congressman Joe Courtney, a $768,000 grant was awarded from National Institute of Standards and Technology to support testing from Uconn and a federal grant worth $1.5 million was secured for research. But the congressman added there will be assistance for residents in the future.

“Community Development Block Grant money, which comes in every year to the state of Connecticut, is available not just for testing but for home reconstruction and remediation,” said Courtney.

Debbie Maccoy’s condo complex has crumbling foundations – she has been pushing for testing for years and said this is a necessity.

“I’m happy about what’s transpiring today,” she said. “It’s important for the homeowner, it’s important for the town. Once we learn what the percent and the threshold is for how much is too much then we can free up all of those homes and they no longer have to stigma of having trace amounts of pyrrhotite.”

A timeline has not yet been set on when an official roll out of the test will take place.

Union was the last town to be settled east of the Connecticut River, largely because of its rough terrain and poor soil. In 1633, John Oldham, an adventurer from Massachusetts, obtained specimens of black lead or graphite from the Indians. During the Revolutionary War Governor Trumbull tapped this valuable resource for use at cannon foundries. On July 1, 1720 the General Assembly sold 12,500 acres to 12 proprietors for 307 pounds, comprising the area that is now Union.

A Your Page Today LLC Production